Hope you’ve all had a great week?! We’re all doing really well – the studio is getting busier by the day and we’re excited to share some new designs with you soon..!

Last blog post I said it was the final of our Team LAD posts, but then Lauren asked me if she could have one – so as she’s the founder, how could I refuse? We don’t want her feeling left out, so whether you know the story or not, settle in and enjoy reading about the start of LAD…

Well, how can I introduce Lauren? Apart from being the brains and the brilliance behind LAD, Lauren is such a great friend to us all and a huge support for the whole team. But I may just skip this bit altogether and let her speak in her own words… 😆 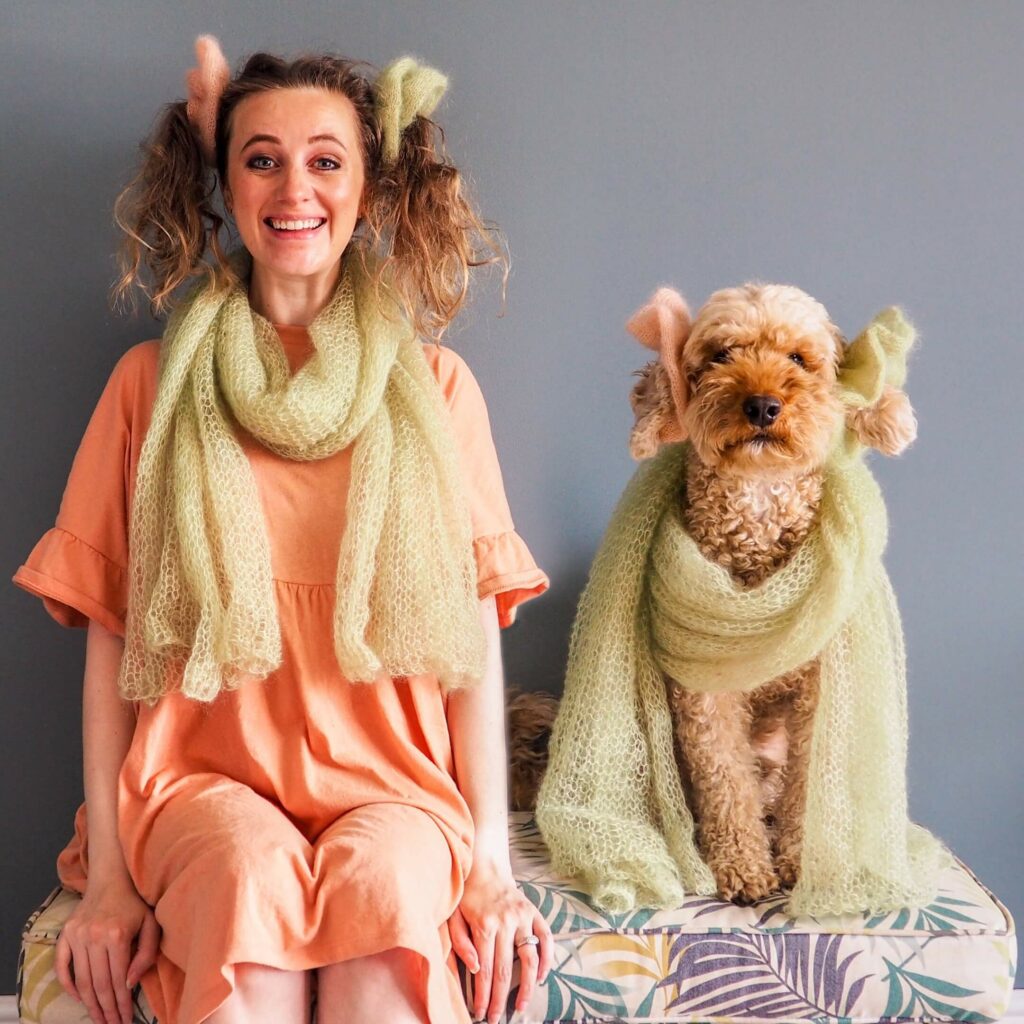 How did you start working for LAD?

Haha strong start! I started the business after moving to Devon with my husband who got a job at the airport. I promised myself I’d never make a decision purely for a boy but I really liked him so followed him down here from Worcestershire and I didn’t know anyone or have a job.

I started working in an interiors shop in Topsham and the owner found out I could knit, she mentioned she wanted some ‘really chunky knit’ cushions and that kind of got the ball rolling. It took me a long time in research and development as Giant Knitting wasn’t a thing back then.

When I launched the business in Feb 2015 there was only a handful of other people around the world doing anything similar, it was such an exciting time and really serendipitous timing as it took off so well for that reason.

What do you remember from that time?

It feels like a bit of a blur now, 6 years later. My dad helped me convert the loft space in our house into a studio but I soon took over the spare room too.

My Christmas stockings and blankets were on the cover of Not on the High Street’s Christmas catalogue and at that point I think I was knitting everything by myself. I remember NOTHS telling me to ‘prepare’ for it and to make 20x blankets…. thankfully I didn’t have the funds to invest in that much wool so didn’t as I think we only sold a few blankets but the stockings started flying out.

When I think back to the ‘early days’ I remember feeling a lot of pressure with every sale, wanting the customer to be so happy. Everything felt like life or death rather than knitting haha but so so wonderful in it’s own way.

I definitely prefer where we are today though; It has an importance and we really want our customers to be happy but I now know the sky won’t fall down if their Santa Hat doesn’t arrive in time (even if some customers don’t) our happiness (customers and Team LAD) is the priority.

What do you love the most about LAD?

I know everyone has said it but it’s OBVIOUSLY Team LAD. Honestly, being surrounded and supported by these women is the greatest privilege. The way they invest in my business and our community is such a gift.

Aside from the people (team and customers included) my favourite part of the job is designing the new patterns, I get such a thrill when I’m knitting something new that I enjoy. Sometimes it’s an absolutely pain in the arse (here’s looking at you Careless Whisper Cardigan) but when it’s happening and then I bring it in to show the girls it feels like a happy explosion (the Rainbow Roll Up Knit Down was one of those.)

What’s been your biggest challenge?

I thought it would be having a baby and running the business but the LADs have honestly made that easy for me which is just incredible and I’m so grateful.

So it would probably be either breaking my wrist in 2018, I didn’t realise how much I’d miss knitting until I couldn’t do it – that was when I realised how much I rely on it for my mental health which really suffered at that time, until then, I really did think it was ‘just my job’ and after that I lovingly embraced knitting as a lifestyle 😝

OR 2017 Christmas when we were so busy but our designs kept getting ripped off and copied, I remember Helen sitting in the office (in my spare room) sending out cease and desist emails constantly for people using our images (of my face and product) selling Santa Hats for about £3 (which is A LOT less than the materials cost to make them.)

I’m really enjoying the conversations around motherhood and the patriarchy on @ashleylouisejames. As a millennial I love the content on @iamthirtyaf  – so relatable.

The Frill Seeker Camisole is my favourite one to wear. (I also often wear the Button Knit Up cardigan – and now the Cosy Cable Cardi – and like to accessorise with the scrunchie, mohair headband and the bucket hat…. not that I’m indecisive)

What podcast or book are you reading/listening to right now?

We have a list of ideas and the one I’m most looking forward to (aside from the current Merino & Mohair jumper I’m working on) is a bobble stitch cardigan…. or knitted dungarees THERE, I SAID IT!

What are you looking forward to the most about the future of LAD?

I’m searching high and low for a new studio, whilst I LOVE the current studio, I can’t wait to have more space and to see what we’re capable of!… We’ve all settled into our roles at LAD so beautifully it feels like a well oiled machine, with a bit more time (thank you nursery!) and space (hello new studio) I think we could do wonderful things (especially now Helen is also designing new patterns…. you just wait to see what she’s done for Christmas!!!) 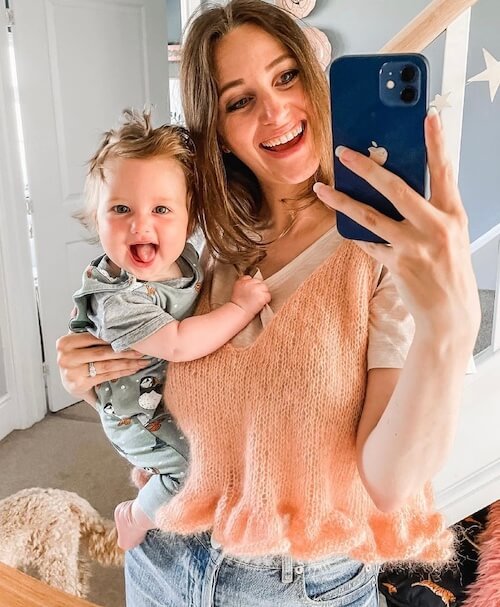 Well that really is the last of the LAD introducing series, although if we have any new additions to the team we’ll introduce you then 😍

Have a great week LAD’s – we’ve got a couple of new launches over the next few weeks that we’re excited about (including a free seasonal pattern) so keep an eye out – and if you don’t want to miss anything then sign up to our mailing list here.

See you next time my loves,